Kickstart Your Kids Love For Sport 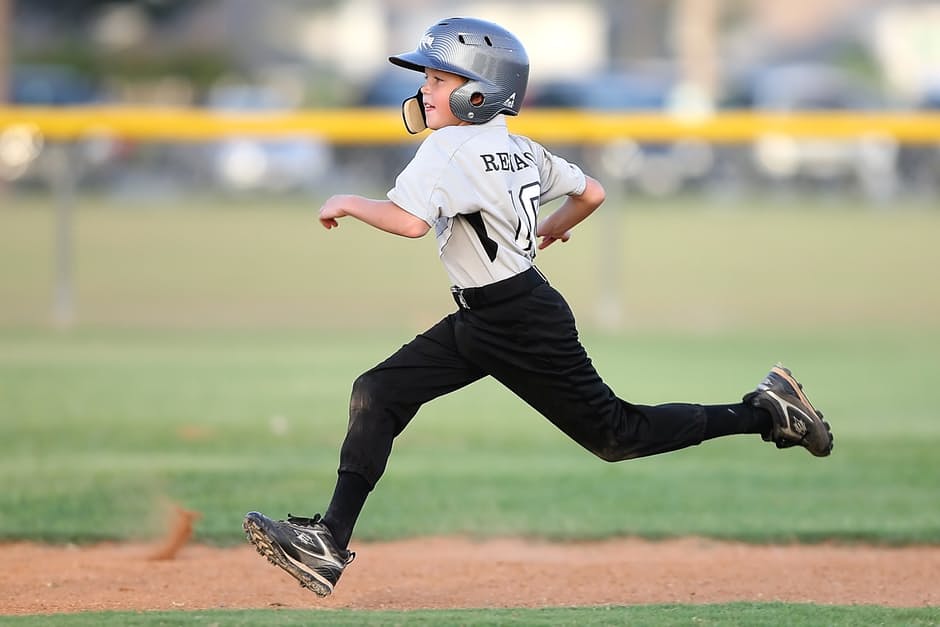 As a parent, there is nothing better than seeing your kid smile as they play sport, exercising their ability to excel in something they love doing. And there no prouder moment that standing on the sideline or shouting on the bleachers as you see them represent their school or club, playing in front of a cheering crowd. Sport is incredible, and the joy they get from it is just one of the benefits.

When your kid loves a sport, they learn vital life skills as well as the most vital, happiness. They learn the importance of discipline, of teamwork and cooperation, they learn about motivation, commitment, how to win gracefully and lose with dignity, and the importance of exercise and well-being - and all of these will help them succeed throughout life. This is part of the reason why so many children are introduced to sports from the moment they can walk (or crawl) before they can even read.
However, there are some potential challenges that need to be worked through when it comes to teaching your kid to love sports, and a lot of it is down to how the parent acts, reacts and motivates. It could be a matter of finding the right sport for your kid, finding a supportive team that includes everyone, or a coach that knows how to motivate and encourage, and even learning how to be the best support you possibly can. It could be jumping up and down on the touchline, attending every away game or sit quietly at the back of the crowd.

There is a lot to think about, which is why we have put together a quick playbook to help your kid thrive in the world of sport.

A lot of the time, it is the parents who are more enthusiastic than the child, and they’ll push them toward a certain sport, or try and get them to try out every single sport their school offers. This can backfire, trust us. A great rule of thumb to follow is to get your kids to try out three sports a year, which is why most schools have different sporting seasons and different term time sports. The reason this is important is simple. Too much monotony and focus on one sport can make it feel way more like a job than a hobby that should be enjoyed with a Cheshire cat style grin. However, too much variety can see them try and pick too many different skills and learn a wild amount of rules that will see them become to stretched to learn or love any single one. So let them decide which sport takes their fancy, which one they are good at and which one they want to focus on, with a smile.

Listen To The Little Superstar

Yea, listen to what your kid says and go with that. Don’t try and steer them into a sport because that is the sport their friends are playing, and don’t push them toward hockey just because their dad played hockey. Let them decide. If they’ve tried a few sports out and decided they want to play baseball then don’t make them play soccer. They probably decided not to play soccer because they haven’t got the skill, and if they feel like they are underperforming in a sport, well, chances are they are going to be put off other sports too. So once they’ve said where they want to focus, support it and support it fully. If they love baseball then go and get them some Shoeless Joe Gloves – take your game to the next level; that should be the motto. If they want to take on soccer then buy them the soccer boots they want to buy, which could be a pair of Copa Mundial or it could be the new Nike Venoms - take your game to the next level. If they want to try and swimming, then get them the swimming hat they want and goggles they feel comfortable wearing. The more you support their decision, and support it infectiously, the more they will want to play.

You know what your kid is like, so try and find a sports program that suits them. It could be that they excel at school, but it may be that they want to play for a club out of school, in which case accommodate their personality, and play with them as a family too. Perhaps they are shy, in which case find a team that will involve him and a coach that will softly encourage him out of his shell. Stay for training and get a sense of a team’s culture; if your kid is in it for the pure enjoyment then don’t put them in a team which is all about winning and only fielding the best players. Your kid should develop their own mentality and focus, and if they want to play a sport because they want to be the best, then that is up to them. But don’t push that mentality on to them. Doing their best and enjoying it should be the goal of any parent that is concerned about their kid's happiness, and so keep that at the forefront of your decisions when it comes to team, culture and coaching style.

The reason you wanted your child to start playing sports in the first place was because of the development it offered them at a social, emotional, developmental and fitness level, so don’t lose sight of that. Sure, your kid may start to excel in basketball, start becoming the MVP at every home game, but that doesn’t mean your focus should change unless theirs does. Don’t start pushing them toward burnout just because you have a college scholarship on your mind. Talk to them about the sport and the possibilities that could arise from that sport, but don’t make it their be all and end all. Their education is still important, and so is their mental health, happiness, stress levels and well-being.
at March 08, 2017
Email ThisBlogThis!Share to TwitterShare to FacebookShare to Pinterest