Greek Life: The Parent's Guide to Sororities and Fraternities

Time flies so fast, and as much as we wish for our children to remain little, that's not possible. So facing up to the fact that your son or daughter is finally growing up and becoming an adult can be difficult for parents. But it’s best to be armed with all the facts before you help them pack their bags and send them off to college. Sororities and fraternities are often a big part of college life for many students. Many parents, however, know little or nothing about Greek life and what it means for students. This guide will change all that.

Effects on Studies and Academic Focus

When your son or daughter is part of a sorority or fraternity, it can have an effect on their studies. Many parents assume that this impact is a negative one. And if students get too distracted by the social aspects of Greek life, that can be the case. But for most students, the impact they have on their academic focus can be hugely positive. Mentoring and academic activities are actually very common.

One of the biggest things that appeal to students is the social aspect of being part of a sorority or fraternity. This is something that allows them to make friends at college quickly. And these friendships often turn out to be lifelong. There is a brotherly or sisterly bond between people who are part of the same chapter, so it’s important to many students. Without this, they can find it more difficult to fit in at college.

The membership fees that are associated with being part of a sorority or fraternity are called dues. These are often covered by students who get part-time jobs. In some cases, parents of students pay these dues. It’s up to students and their parents how these fees are paid. The money that they pay is used to improve the chapter and pay for any activities that go ahead. Therefore, the money is used in a positive way. Gear and apparel are also important. Somethinggreek.com sorority clothing is often purchased by students.

Being a member of a sorority or fraternity often means getting involved in all kinds of activities. These will differ depending on which chapter your son or daughter is a member of. There are many charitable and philanthropic connections that allow your child to do positive things. As mentioned above, there are also social and academic activities they can get involved in. And there are also opportunities for students to learn leadership skills, which can be very useful later in life. 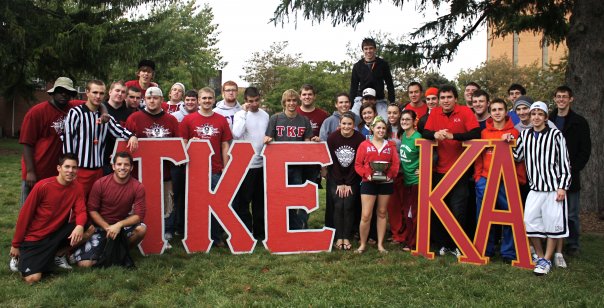 There are certainly bad things that have come to be associated with sororities and fraternities. Most of these bad activities are banned on college campuses. And they don’t affect the vast majority of student communities. But it’s still important to be aware of some of the things that have been controversially associated with Greek life in the past. Hazing is the major controversy of recent times. This is when students are injured or attacked by their fellow students when intoxicated. It’s banned and treated harshly on most campuses now. You can learn more about this risk at study.com.
at February 01, 2017
Email ThisBlogThis!Share to TwitterShare to FacebookShare to Pinterest
Labels: Guides and Tips