It's Time To Get Neighbourly

When you move into a new area, you tend to spend time on the home you’ve just purchased making improvements and changes to suit your taste and style. You may tag on an extension or add a few interesting features into the garden – all with planning permission, of course. One of the biggest adjustments to moving into a new area is integrating with the neighborhood and the community that already exists there. The last thing you want to do is be the odd one out for your new neighbors and the best thing you can do to avoid that is to get to know people and immerse yourself into the community in a way that gives you a place.

Being the newbie of the neighborhood means that people are going to be curious about you. In neighborhoods where children play together often, they’ll always eyeball new people and wonder their background and whether you would be a good neighbor. You want to be the type of neighbor that really gets involved in the spirit of group activities such as neighborhood watch, bake sales and community outreach groups that may be present in the area. Making a point of smiling, saying hello and introducing yourself can help to reassure the people you are moving next to that you’re not likely to be someone who won’t take in packages and be someone instead who can be relied on in a crisis. 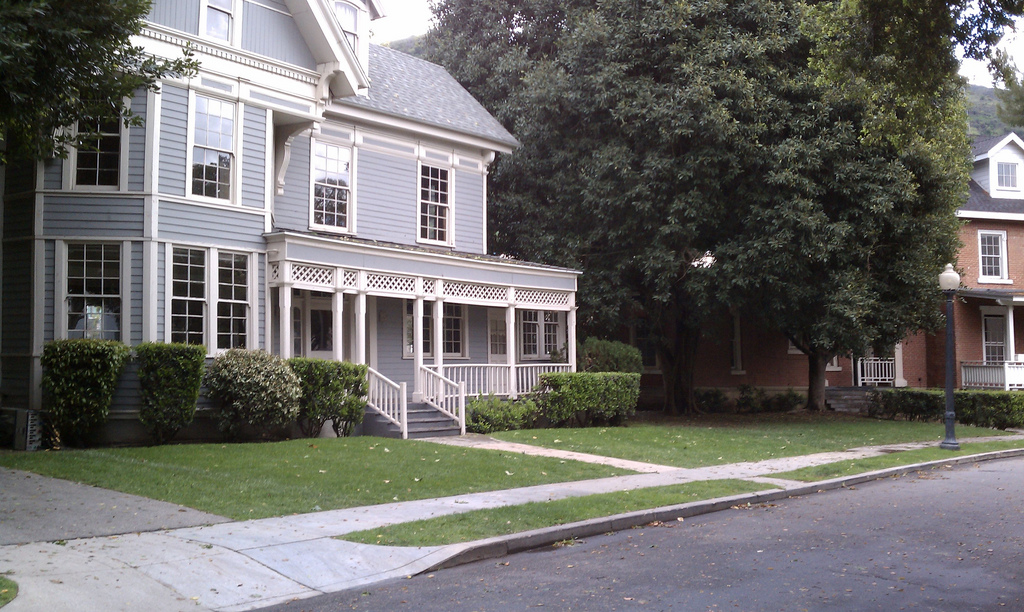 There are many fantastic ways you can and should make yourself a part of the neighborhood that goes beyond adding curb appeal to the outside of the home. A good neighbor always has a tidy exterior, as it brings down the value of a neighborhood as a whole if the outside of a home is unkempt. It also shows you have a little bit of pride in the appearance of your house. So, how can you bring something new and exciting into a new neighborhood? How could you stand out as a great neighbor? 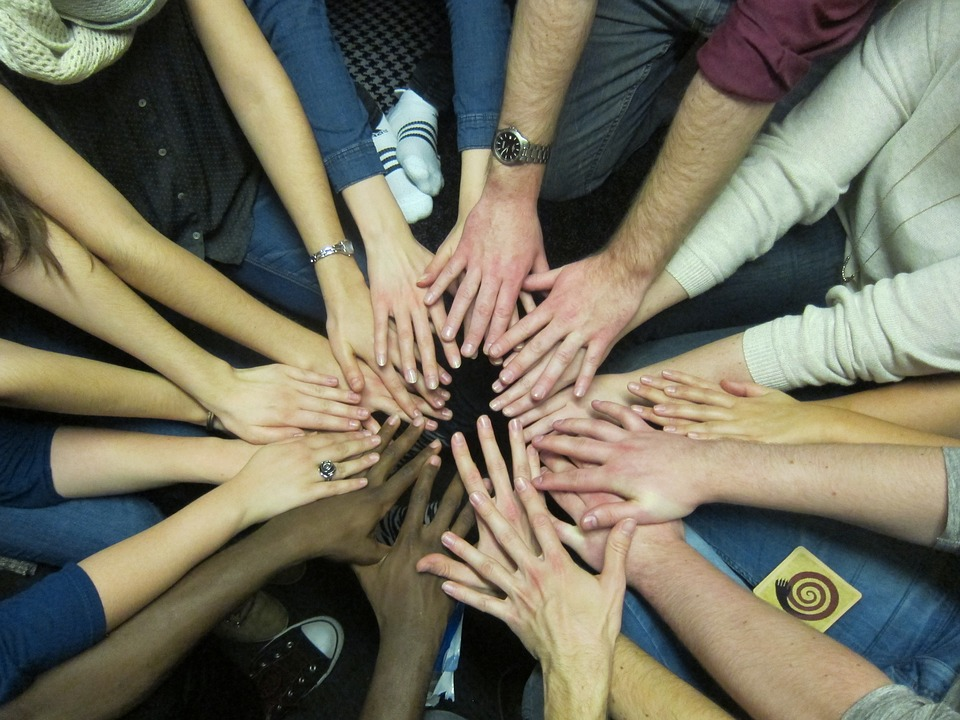 If you are aware of the community and whether it needs some improvement, you could get stuck in from the moment you move in. Set up a local recycling group so that as a neighborhood, you take it in turns to take the recycling of the community over to the centers that provide recycling services. Contract a civil engineer and as a group, get the local authority’s permission to build something new in the area, whether that’s a park or a new community center. Being involved in the community can include anything from running clubs to litter picking rotas to get everyone involved in keeping the area tidy. When you all chip in together to run things in the street you’ve moved into, you get to know your new support system outside your family, help to make improvements and be a pillar of the community that people can rely on.

Almost every neighborhood has some sort of look-out service for each other, and it’s one that is revered among many people. Local enforcement like the police force in the city is a wonderful asset, but having people on your doorstep looking out for each other every single day and taking the time out of their lives to volunteer to keep an eye on the neighborhood is a comfort. If you join the local neighborhood watch team, you can reassure your new friends that you are a good neighbor and that you care about their welfare. Taking an interest in a neighborhood watch alliance can really show people you are unlikely to be that house that parties until 3am with the music up as loud as possible. You want to be perceived as a good source of reliability, so join your local watch group and volunteer for shifts. 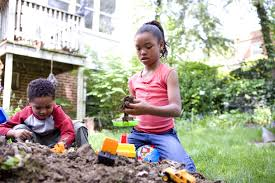 If you have children and you’re headed to a new, suburban home, you’re going to be acutely aware of how your neighbors will judge you based on their behavior. It may not seem very fair to be judged on the behavior of the kids, but they are your reflection. If you have children playing out until very late at night and screaming outside at the crack of dawn, you’re going to come up against neighbors. Keeping an eye on your children is imperative anyway, but in a close-knit community, it’s important to teach them about noise levels and what times they are allowed to be out until. If you find out your children are being too boisterous; pulling up flowers and knocking down mailboxes etc, nip it in the bud as soon as possible and make a point of apologizing to the neighbors affected. Children are always going to be out and having fun and making noise – everyone knows this. However, that doesn’t mean being disrespectful by allowing them out at 6am or after 7pm. Make people aware they can come to you with any concerns or issues and you will be respected in your neighborhood.

Dog mess is a huge issue for a lot of neighborhoods, especially those where dogs are the pet of choice. Cats are a little trickier, as you cannot control where they mess, but you can check out this advice as to how to keep an eye on the cats better. Sometimes, you may find your neighbors are not keen on animals and as you get to know them you’ll learn who you should and shouldn’t bring your pet around. Don’t let your animal bark, howl and cry for hours on end, either. Being a nuisance neighbor is not how you want to be known so attend to animals and their mess and you can keep nice in the neighborhood. Neighbours who want to know about you will notice if you are a troublesome driver. They’ll notice straight away if you park on their drive, over their drive or generally drive in a manner that is unsafe. If you block their access to their garage or home, you could find yourself in hot water about it. The bad feeling that this creates can lead to parking disputes and it’s just not something you want to be involved in! If you have a driveway or garage of your own, park on that and keep yourself out of the line of fire for dispute. Perhaps your neighborhood project could be a parking lot if there’s enough land? Either way, you could come together as a community to discuss any niggles or issues that may be brewing. Doing this prevents a huge argument in the street and gets everyone on a respectful page with the same point of view.

Okay, so this doesn’t refer to you, but to your home. We talked earlier about curb appeal and the importance of it. You’ll have noticed when you looked around the neighborhood to buy your home whether you are moving into a place that has little to no care for their front yard, or whether they have perfectly manicured lawns. If the latter, you need to confirm. This means no rubbish-strewn front yard. No dog or cat mess in the front of the home or the back if you can avoid it and it also means a new lick of paint if the front door is peeling. You want your home to fit in with the rest of the neighborhood, as it doesn’t just affect the value you have, but theirs, too.

When you want to have a celebration and you know it’s going to go on for quite late, speak to the neighbors about it. You could even invite them along! Summer BBQs tend to go down a lot better if they can be involved and included, and if they cannot come you still get kudos for asking them along and notifying them of the festivities you’re about to have. If you want to avoid getting too noisy or upsetting anyone, perhaps offer to organize group evenings for the big celebrations in the year for fireworks and general merriment. This way, everyone has a chance to integrate and be together in a community way that is very social.

Your neighbors can be the key to safety in some instances and by immersing yourself into the community, you can create lifelong friendships, links to improving the environment around you and a way to really put down some roots. Relying on your neighbors can mean extending your family in ways you didn’t think possible. Being neighborly can be far more than bringing a hot pie to a potluck dinner. It could be your lifeline in times of trouble or crisis. Make yourself a part of the community and get comfortable getting to know new people, and everyone will appreciate your presence for what it is.
at October 23, 2017
Email ThisBlogThis!Share to TwitterShare to FacebookShare to Pinterest