Eye problems are a regular health concern for the older generation. As you start to age, your eyesight will naturally start to degenerate and most of us are prepared for it. However, people often forget about kids when it comes to eye health. They consider it something that only affects the elderly but the truth is, children can develop all sorts of eye conditions and if they aren’t dealt with quickly they can lead to lifelong sight problems. Look out for the signs of any of these eye conditions in your kids and get them to a doctor straight away if you spot any. 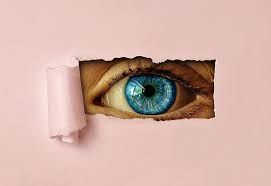 Most people know of an elderly person that has suffered from cataracts but it’s rare to hear of a child having the condition. It’s nowhere near as common but it does happen and if it isn’t treated early on, they could be living with the effects for life. They can even occur at birth so you need to be vigilant. You should look out for a cloudy white area in the pupil, that’s the easiest way to spot a cataract. If your child does have cataracts they need to go to the Ophthalmologists right away to get surgery on them. If you catch it early then they’ll be fine but if it goes untreated for too long, it could have long lasting effects.

It’s hard to spot a problem with drooping eyelid if a child is born with it, it’s easy to just assume that’s the way they are. Unfortunately, it causes wider problems. It’s caused by a weakness in the muscles that keep the eyelid open and if a child is suffering from it then they’ll have trouble seeing clearly. The easiest way to spot the problem is if they complain of blurred vision. In an attempt to correct it, children often lean their head back slightly. Over time this can cause them problems with the neck as well. It usually needs surgery to fix it so it’s best to catch it early to ensure it’s less invasive.

Double vision is a lot easier to spot because your child is likely to say something if they’re seeing things in two places at once. It usually happens because of a misalignment of the eyes but it can be caused by all sorts of different eye conditions. Depending on the cause, it can be treated by surgery, specialist glasses, or even botox. The surgery can be expensive but if you’ve got good health insurance you should be fine. 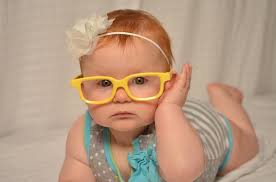 A lazy eye is a condition where one of the eyes has blurred vision, usually due to a misalignment. The damage that it does depends entirely on when you spot the problem. If it’s spotted in the first two or three years of their lives, it can be treated with specialist glasses and it isn’t likely to be a permanent problem. However, if you don’t notice it until the age of 9 or 10, the treatment won’t be anywhere near as effective. You can take steps to reduce the effects but at that age, it’s more likely to be a problem for life.

Don’t be fooled into thinking that eye problems are just a health concern for old people. Kids are susceptible to them as well and if you don’t spot the signs, they could end up with a lifelong condition.
at October 22, 2017
Email ThisBlogThis!Share to TwitterShare to FacebookShare to Pinterest