Sundate with the In Laws

After Kuya T and Baby A's birthday,the party isn't over yet, because my Father in Law celebrated his birthday last Sunday, September 22nd. Instead of celebrating at home we decided to eat out. J and I offered to use the 2,000 GC for Yabu: House of Katsu which I recently won from [i am dekaphobic blog. Yabu has lots of branches but we decided to go to SM South Mall since it's the closest one and besides it was also raining. It's our first time to try Yabu, neither one of us had tried it before. And knowing their food preference I was kinda doubting weather they'd enjoy the foods as for me, I go for anything.  We went out late already and as soon as we arrived at South Mall we immediately looked for Yabu.

Here's the story of what happened that day, through photos. 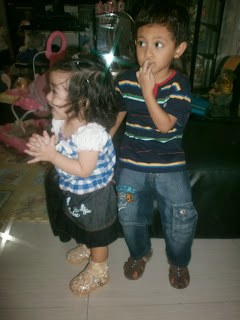 Kids OOTD. Before leaving the house.

It was around past 2 pm already so it was a late lunch and snack at the same time. We were seated right away and while waiting for our foods we took some photos. 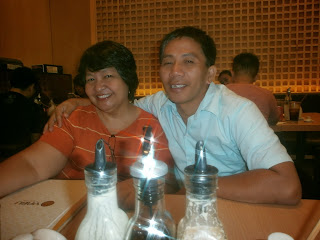 My In laws. Happy birthday Papa! 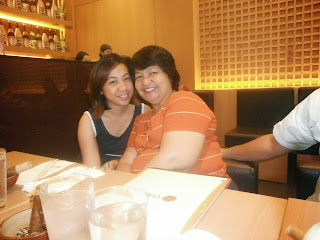 Mother and Sis In Law 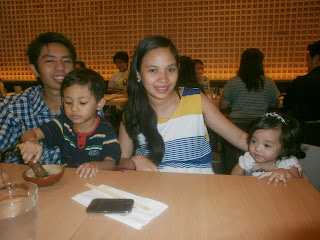 While waiting for our order 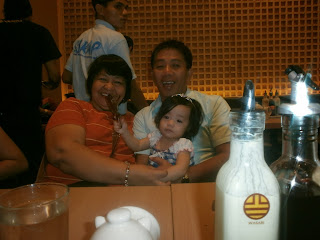 In laws with baby Athena 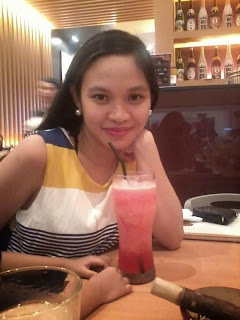 Water Melon Shake for me!

Drinks were served first, together with the sesame seeds for the sauce..

Kuya Tantan grinding his sesame seed
Then the foods... 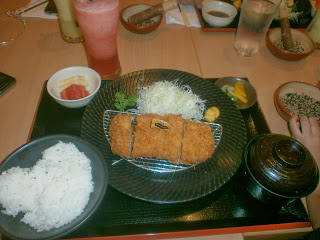 This is what I had, Kurobuta Premium Set. Already served with Miso Soup, sliced fruits,Unlimited rice and shredded cabbage.

I enjoyed the food and got so full, I had 3 rice refills. After eating we took the kids for a quick ride at the mini carousel. 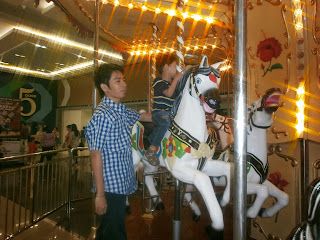 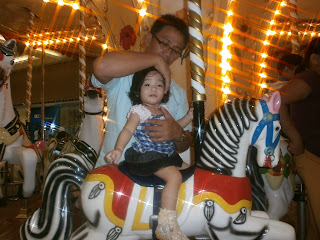 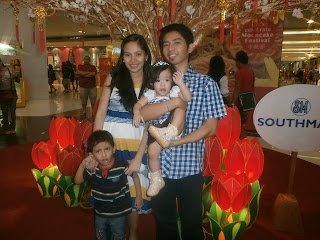 While strolling around, we spotted this. I think it's Moon cake festival, so we just took a family pic.
What's with Kuya Tantan's look? haha

Afterwards we went to the Department Store and bought some stuff. The displays are very nice we can't help but to take photos. 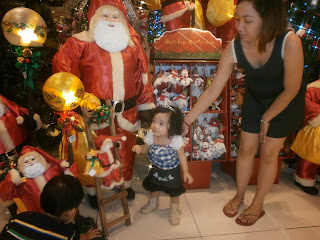 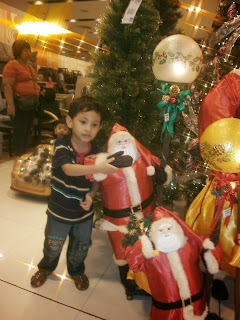 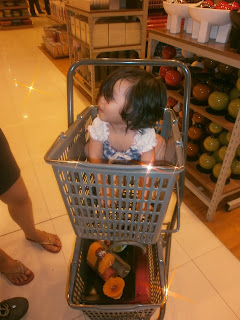 Baby on the cart

We all got tired from strolling around, so after we shopped we headed straight home. But while on our way home we were deciding what to have for dinner. We all agreed to have Pizza. My mother in law suggested Greenwich, J wants Yellowcab but we went for Big Guy's Pizza, it's my first time to try it. They had a Rainy Days Promo where you get 1 box of 10" pizza and 1 box 15" pizza, any flavors we ordered it for take out. Then we dropped by at 7-11 to buy Ice cream, then took it home. 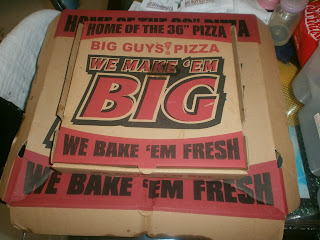 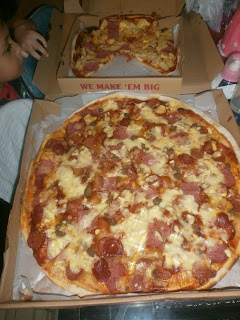 J ordered Hawaiian and Ham & Cheese which is like the same thing so I had the Ham and Cheese replaced with All Meat Supreme. You know J only likes Hawaiian (KJ) haha!
We weren't informed that the crust was thin, weren't really expecting this. But nevertheless for my first time, I can say it tastes okay. 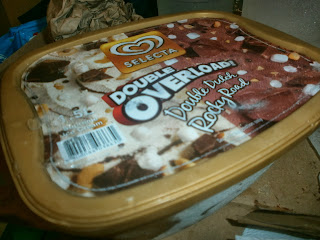 Actually I was still kinda full from what I had from Yabu, but my appetite's just so amazing I was able to finish 3 slices of pizza and a small cup of ice cream, can you imagine that? haha! Happy tummy it is! 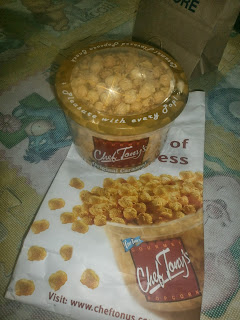 Here's something for the Kids, Chef Tony's Original Caramel Popcorn 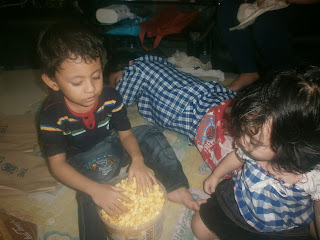 And that's it, tiring but fun day out with the in laws. Kids also got tired, after eating they slept right away. Well we all did!

This September was a blast. There were 3 birthday celebrants, we get to try something for the first time and we had so much fun. I'm already looking forward for October , my mother in law, J and my birth month! Another month of celebration!

Hoo! I'm off to bed now, more posts coming up tomorrow!
Good night every one!
at September 28, 2013
Email ThisBlogThis!Share to TwitterShare to FacebookShare to Pinterest
Labels: ShesTheMom