The History of Being a Productive Mom

According to an article I have read, we are one of the most productive generations that have ever lived. The amount of technology that has been developed over the past couple of decades has been astounding; we are able to live our lives with relative ease and for as little output as there has ever been. Yet, as Moms, we are craving more productivity, more stuff going on and we don’t seem to have figured out how to have gotten there already - even with the added extras that we have in the 21st century. How did people (especially women/mothers) in the last century get on without all that we had? Comparing days gone by with the goings-on of today may just surprise you… 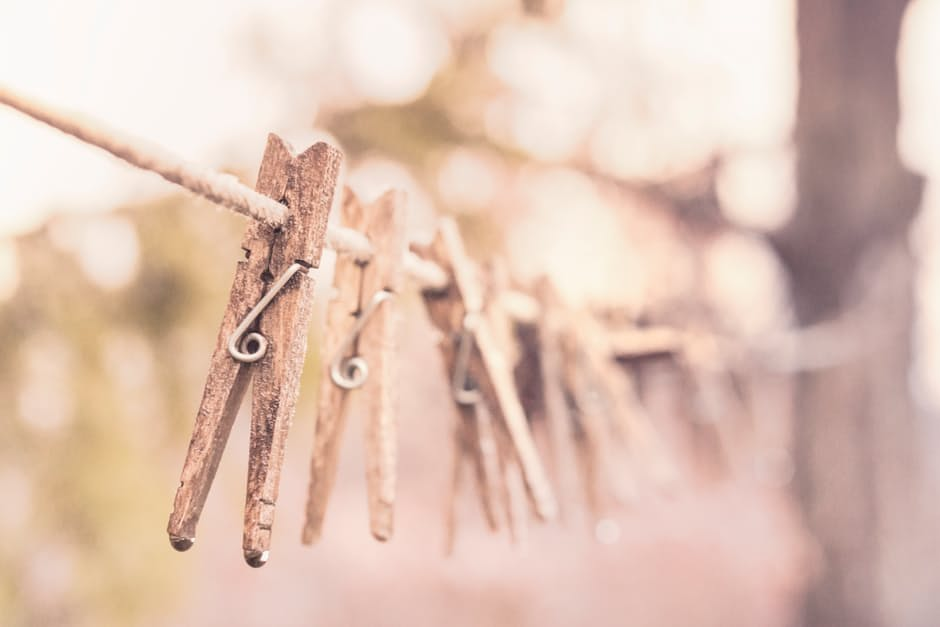 Period: The 1930s
How they did it: Let’s take a typical wash day. Bars of carbolic soap were purchased and grated into a hot tub of water (by grating it, the soap dissolved quicker). The hot water didn’t come from an electric kettle or straight out of a tap - it had to be boiled by means of a fire underneath it. While the water was boiling, you had to get the main whites out of the way that absolutely needed boiling, like sheets and diapers and other such delightful things. Disposable diapers are practically the norm now, and reusable ones are becoming more common - but probably due to the fact that we now have washing machines to take care of the (literal) dirty work for us. Women had to use a stick to get clothes out of the tub as they were way too hot to handle, and wait for them to cool down or rinse them through cold water before having to carry on and either ring them by hand or put them through a mangle. But wait - it doesn’t stop there. Clothes had to be rung at least three times in order to get the soap suds completely out of them, and rinsed in-between each press through the mangle. Then they could be hung up to dry, but it was dependent on the weather whether they were hung indoors or outdoors; outdoors in good weather meant that clothes dried quite quickly, but poor weather outside could see your garments hanging around in the house for as long as they took to dry. You would either have a ceiling airer (if you had the means to purchase one) or a clothesline hung up across a room. Don’t worry about them getting in the way of the TV - you probably wouldn’t have one.

Now: Sort the clothes into piles dependent on their colour/lightness/darkness. Use a colour catcher if you can’t even be bothered to do this. Bundle into the machine. Pop in detergent and fabric conditioner. Press a button. Return when a machine has done the boiling, washing, mangling and ringing for you. Possibly walk away and forget about it until it’s beginning to smell. Press a button again to start the cycle again and make it not smell. Return again, this time groaning about how laborious it is to do the laundry and how much you hate it. Do you think you’ll be moaning the next time? Think of the mangle!

Period: 1700s
How they did it: If you lived in a country that didn’t have a mail service setup like Britain did at the time with the Royal Mail (posts were 20 miles apart across the country and didn’t even span the whole way, so you were limited even with that), then you would have to walk or ride to your destination. In the US, this would prove tricky - people were constantly on the move and have no real set abode at this time as they were making their way across the states, and to travel from one side of the country to the other would take months rather than days or weeks. In the UK, if you were to be posting a long-distance letter then it would cost you a whole week’s wages unless you wanted to undertake the journey yourself. Imagine doing that as a Mom, with kids by your side - the journey could take weeks, especially if travelling from London to Scotland; you would be averaging a speed of around 3-4mph, or a bit faster if travelling by horse. Kids today can barely keep still and entertained long enough for a half-hour car journey! Conditions would often worsen on the road - nowadays a lot of us are suffering with Adrenal Fatigue and other stress-related illnesses, but those delivering post had nothing available to ease these symptoms. There would be no real roads to travel on and maps weren’t always accurate; nowadays, it’s easy to look back and think that you would rather spend the time doing something else or whether the letter was really that important to deliver, but times were so different back then.

Now: We send an email, which will arrive in the recipient’s inbox in nanoseconds. Or we just use messenger, text, phone - anything. We do still send letters, but we pop a stamp on it and put it straight into the mail box ready to be delivered - and usually it’ll get there by the next day if you’ve paid the correct amount of postage. Even letters overseas don’t take as long to get there today as it would for it to be delivered to only the next county back then, never mind the country.

Period: 1900s
How they did it: The only thing that we have in our houses now that can be linked back to way-back-when is a mop and a duster. But there was a lot more to do before the mopping - that was the last job that had to be done; many people didn’t have one and preferred to use a scrubbing brush. In Colonial times up til the Victorian Era the floor was often made of tile or wood, and each needed to be treated differently. Dust settled quickly, and damp tea leaves were often used to “settle the dust” (effectively creating more to be swept up, but it would gather up dust with it) by being sprinkled all over the floor. There were little to no vacuums around to gather it all up as quick as we would like today - every piece had to be swept up by hand. After this you could expect to be on your hands and knees with the scrubbing brush, ensuring that every bit of the floor was sparkling. Wooden floors would sometimes require an oiling or a varnish, but this was done sparingly. If you were lucky enough to have rugs, they needed to be taken outside to have the dust beaten out of them. Just like the washing, this could take up a whole day if not spread over a couple of days to get done - and this was every week!

Now: Use a hoover, use a mop, the job is usually done in less than an hour if kept on top of. Or we just hire outside help to come and do it for us. Not that they didn’t back in the early 1900s - but it was very limited numbers who were able to afford such a luxury. How lucky are the Moms of today? 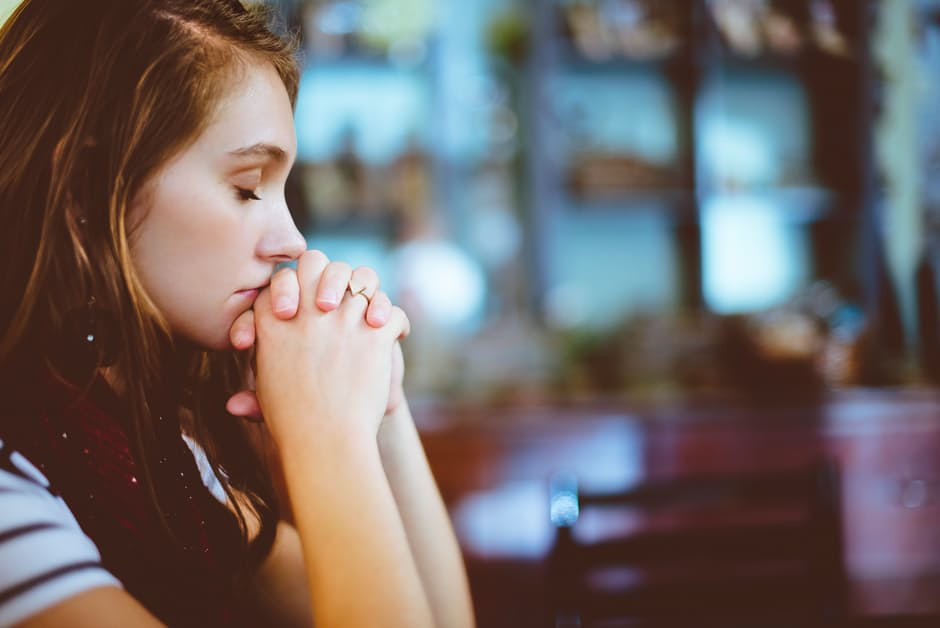 These are just a couple of examples of the jobs that we would have been expected to do, in a time where feminism wasn’t really an acceptable concept and Moms would have had the task of entertaining children at the same time. Back then, larger families were more common, and so we probably would have had a few more kids running around us than we would now! The next time that you don’t think you have the time to do something, or you’re wondering how you can be more productive with your time, take a step back and appreciate just how hard it could have been for you only a century or two ago - we should be practically rejoicing in everything that is available for us. If anything, the time that we have available in comparison to the Moms of yesterday should be put to even better use … realistically thinking, there were so few jobs done in such a vast amount of time that we could get all done in a day, leaving the rest of the week for us to do as we please. So why do we stretch it out? It’s not as simple as keeping on top of all jobs in one day as things get messy quickly with kids around; we probably do all of these jobs every day, just in smaller doses. Think of how chapped their poor hands must have been with all of that extreme temperature water and skin-damaging soaps!

Now, take a seat and have a little relax. Think about your cravings to be more productive and put it into perspective - appreciate the things that you have around you and use them to the best of your ability. Don’t try and overdo yourself; if you were set back a hundred years, with everything that you wanted to complete it would take you probably until the next century to do it. Chill, Moms - we deserve it.
at January 31, 2017
Email ThisBlogThis!Share to TwitterShare to FacebookShare to Pinterest
Labels: ShesTheMom