THE DANGERS OF SIDE EFFECTS PRESENTED AS MAIN EFFECTS

In the medical world, proper use of words is highly called for because a simple mistake could complicate things usually unwanted for the patients. Because this field has full of jargons that mostly are too technical to not easily be sifted and digested by the general public, putting them in a layman’s term is indeed helpful. 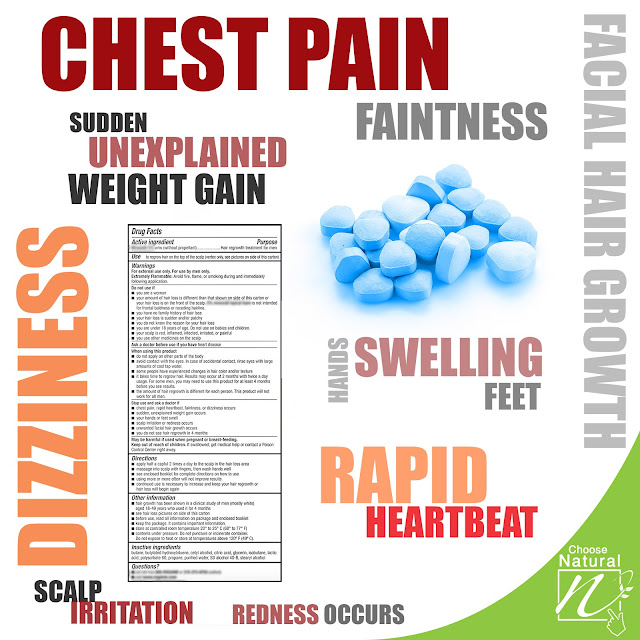 A good example of which are the words “side effect” and “main effect”. These, are more often than not, interchanged or used instead of the other. Doing so is not just wrong but also dangerous to the people’s health.

A side effect of any substance pertains to the result beyond the main or primary action that is intended by the physician giving drug prescription. The doctor, likewise, foresees this extra consequence.

For instance, the patient might not be conscious of the side effect of unwanted hair growth elsewhere on the body while using vasodilator drug called Minoxidil to treat hypertension. The physician, nevertheless, is very well aware of it, as well as other implications, such as burning or irritation of the eye, itching, and redness or irritation at the treated area. By and large, doctors suggest that patients should ignore the side effects unless serious and often alert the sick persons about their likelihood.

But not all the side effects are boon. They are a bane, too, hence, they are often used as a therapeutic benefit in the pharmaceutical industry. Like the Minoxidil which, initially was developed to treat high blood pressure. People taking it reported an unusual side effect: Hair began to grow on various parts of their bodies. In this case, the downside of the drug is controlled and employed as a beneficial and therapeutic effect judiciously. It is noted that the Food and Drug Administration (FDA) approved prescription of two percent (2%) Minoxidil topical solution for hair loss in men in 1988 and for women in 1992.

An adverse effect, on the other hand, is identified as an outcome wherein the reaction occurs over and beyond the main and wanted action of a medicine. Both the physician and the patient don’t know about it as a consequence of taking such treatment. It can happen simply due to incorrect dosage. Undesirably, this is very harmful as it can exacerbate the prognosis of the disease. Occasionally, if the adverse effect is too serious, there might be a need for hospitalization.

Just like the Sildenafil Citrate— a medication used to treat erectile dysfunction and pulmonary arterial hypertension. Its most common adverse reactions (≥ 2%) include headache, flushing, dyspepsia, abnormal vision, nasal congestion, back pain, myalgia, nausea, dizziness and rash. Patients should seek emergency treatment if an erection lasts over four hours. Patients should stop Sildenafil Citrate and seek medical care if a sudden decrease or loss of hearing and also that of vision in one or both eyes.

Since side effects paired with adverse effects can be fatal and need to be reversed or given antidote immediately, a very extra cautious effort not to interchange them with the main effects in the prescription process must be always observed. After all, it’s the lives of patients at stake here.

It’s ironic to note that people who seek treatments for their ailments or to prolong their lives become sicker or morbidly end up six feet underground simply because of such medical error. So, it’s still best to deal with health conditions like hair loss the natural way, especially with NOVUHAIR that offers the safe and natural effects.

With 19 natural ingredients—mostly standardized herbal extracts, essential oils and co-factor nutrients—it does not only help prevent the hair loss malady but also aid in stimulating the growth of the “crowning glory.” Set aside those chemical-based topical scalp solutions out there. Choose natural, choose NOVUHAR!

Join NOVUHAIR’s survey and win tickets to the musical SOUND OF MUSIC staging at The Theatre Solaire from September 27 to October 22. For more information, visit Novuhair’s Facebook page: Novuhair Official.

NOVUHAIR is available at Mercury Drug and other leading drugstores nationwide. For more information visit www.novuhair.com, like the brand’s official Facebook Page, Novuhair Official, and follow on Twitter at @NovuhairNatural. You may also call NOVUHAIR hotlines at 4136570 and 09228830575 and order online through lazada.com.ph and regaloservice.com.
at August 27, 2017
Email ThisBlogThis!Share to TwitterShare to FacebookShare to Pinterest