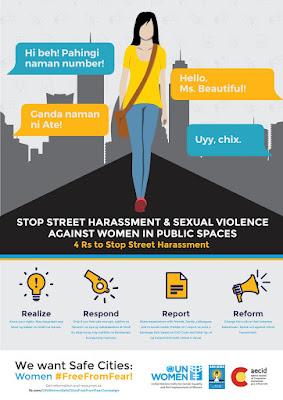 These are just some lines I hear on the street every morning as I walk my way home right after taking my son to school. Actually this isn't new to me anymore as I've experienced hearing these things way back my younger years. I always question myself, "what do these guys get out of it?" "does it make them feel like a real man?" and so on. Some men would defend that it's just a form of compliment, but in reality it's not. It's making women feel uncomfortable, uneasy and afraid... well in my case. But am I doing anything about it? No! I just shrug it off my shoulder and try to walk fast as possible because of the fear that something worst might happen if I react against it. I know a lot of women has experienced it but chooses to keep quiet that's why this incident keeps on happening over and over again.

Little did we know these occurrence is considered as a form of sexual harassment, yet this issue has been long neglected. 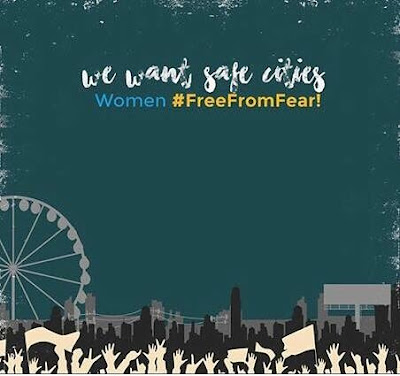 This is why the LGU partnered with UN Women to implement the Safe Cities and Safe Public Spaces Global Initiative. Quezon City is the pilot city in Metro Manila to be one of over 24 cities around the world in the programme to stop street harassment and sexual violence against women and girls (SVAWG) in public spaces with funding from Spanish Agency for International Cooperation and Development (AECID).

To shed “light” on the issue the LGU and UN Women held back-to-back events last March 7, 2016: (1) A press conference at the QCX Museum, “Presentation of the First-Ever Data on Sexual Harassment and SVAWG in public” (2) Lighting the Ways To Safe Cities. where 1000 supporters released sky lanterns to light up the Quezon City skyline and called for safe cities where women are free from fear and free from all forms of street harassment and sexual violence. Both events were to commemorate International Women’s Day (#IWD2016) as well as to kick-off the celebrations in March as the National Women’s Month. 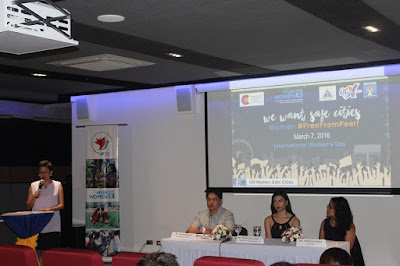 The Press Conference launched the research on “How Safe are Women in our City Streets? – A Baseline Study on Street Harassment and Sexual Violence Against Women and Girls in Public Spaces” and according to the research, three out of five women have experienced a form of sexual harassment while commuting in Metro Manila. The research reported that eighty-eight percent (88%)of women aged 18-24 years, have experienced some form of sexual harassment in their lives, but more than half do not report or do anything about it.

Whether due to shame or fear, women traditionally ignore and keep silent about catcalls, wolf-whistling, stalking, repeated harassment for their numbers, male public exposure, rubbing or groping (panghihipo) inside the MRT/ jeepneys, even bearing indecent language being yelled at them by men as they walk by.Women experience all these forms of sexual harassment as they move about in the city, using public transport, terminals, markets/malls, and even just walking home in their own neighborhoods. 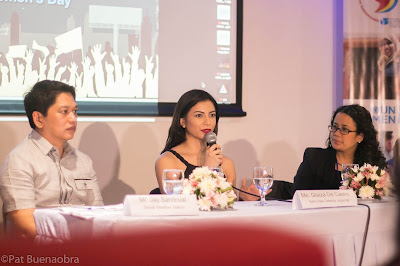 During the press conference Glaiza De Castro was revealed as the new celebrity supporter of UN Women Safe Cities. according to her "We know about it, we are offended by it, but we don't know how to prevent it."

The evening’s grand assembly was a visual spectacle where supporters of women’s right to safety in the city banded together to celebrate the spirit of community fighting to stop street harassment of women. Hosted by PTV4’s Good Morning Boss talents, Jules Guiang and Karla Paderna, the event was graced by musical performances from Cooky Chua, Bayang Barrios and Glaiza de Castro.

The Quezon City Local Government just passed amendments to the Gender and Development Code increasing penalties for sexual harassment and sexual violence against women in public spaces to a range of one to five thousand pesos (Php1,000 to Php5,000) for the varying severity of offenses.
at March 20, 2016
Email ThisBlogThis!Share to TwitterShare to FacebookShare to Pinterest
Labels: Press Release