Immunotherapy: Hope From Within For Filipino Cancer Patients 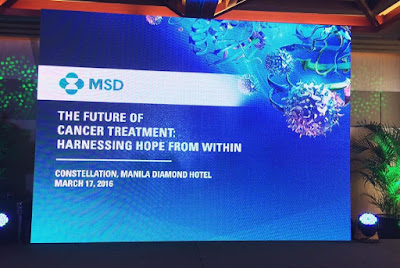 Every now and then, we hear stories about people battling cancer. Some of us have friends or relatives with cancer and we all know how much of a burden this disease is.

Cancer is one of the most challenging diseases and annual cases are expected to rise to 22 million within the next two decades. In 2012 alone, there were 14 million new cases reported by the World Health Organization (WHO) with 8.2 million cancer-related deaths. A significant contributor to this statistic is lung cancer, which is the top cause of cancer mortality for both sexes worldwide.

Sadly, incidence from the Philippines is not far off from the global data. According to Globocan 2012, Iung cancer is the second most common cancer in incidence and mortality among Filipino men and women. Melanoma on the other hand affects around 300 Filipinos annually. Though melanoma is not one of the most common cancers in the country, early diagnosis remains a challenge for most patients.

The good news is that for many cancers there have been significant breakthroughs – from prevention to treatment options – however, the unmet needs remain high. 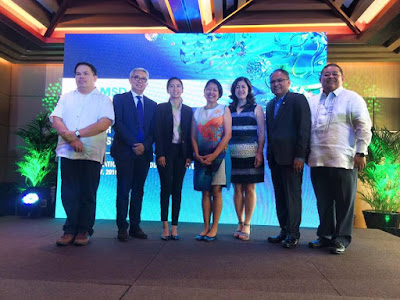 Last March 17, 2016 in Diamond Hotel, I was very eager to learn about this spark of hope made even brighter for Filipino patients with advanced stages of lung cancer and melanoma as MSD in the Philippines, a leader in oncology research and development just introduced Immunotherapy, one of the most innovative cancer treatment methods to date.

Immune checkpoint inhibitors is a form of cancer treatment that prevents the interaction between the immune system’s T-cells and the tumors. When tumors and T-cells interact, a protein found in the tumor called the Programmed Death-Ligand 1 (PD-L1) deactivates T-cells so they become incapable of recognizing and destroying cancer cells. Through immunotherapy, this interaction is blocked so that T-cells can detect and ward off the cancer cells.

In the Philippines, the anti PD-L1 immunotherapy drug Pembrolizumab received approval from the Food and Drug Administration (FDA) for the treatment of advanced or metastatic lung cancer and melanoma after failing first-line treatment. In a media round table symposium held March 17 in Manila, Dr Gerardo Cornelio, Cancer Institute Head of St. Luke’s Medical Center Global City shared that "Pembrolizumab has the potential to become an integral part of cancer treatment. It has and will be tested across a broad spectrum of cancers." said Dr. Cornelio.

Clinical trials have shown immunotherapy’s efficacy in the treatment of advanced lung cancer and melanoma. According to a study published in LANCET, Pembrolizumab showed superior overall survival with less high-grade toxicity for previously treated, PD-L1-positive advanced non-small cell lung cancer. Results of the trials showed that the most common side effects for lung cancer patients receiving Pembrolizumab were decreased appetite, fatigue, nausea, and rash. 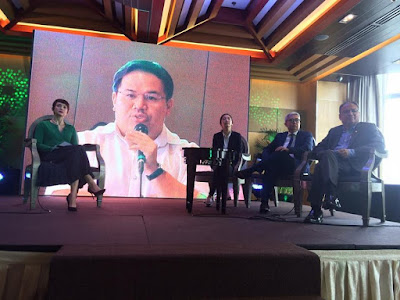 Biomarkers play a key role in patient response. The expression of a certain biomarker in patients’ tumors played an important role in their response to Pembrolizumab. Biomarkers are proteins found in a patient’s tissue, blood or fluids that can help determine the outcome of a patient’s disease or response to medication. Clinical trials have shown that if a patients’ tumors express the biomarker Programmed Death Ligand-1 (PD-L1), patients are more likely to have a better response to the drug.

Addressing the rising incidence of cancer is indeed a tough road to embark on and MSD has been dedicating its resources to developing innovative oncology medicines.

With this Immunotherapy finally available in the Philippines, cancer patients need not equate being diagnosed with advanced or metastatic lung cancer or melanomas a death sentence. Thanks to this breakthrough in cancer medication, patients in the Philippines and abroad have a ray of hope and confidence in what used to be a hopeless case.

at March 31, 2016
Email ThisBlogThis!Share to TwitterShare to FacebookShare to Pinterest
Labels: Press Release