SM Supermalls in partnership with Warner Bros. Consumer Products, DC Entertainment and licensing representatives Pacific Licensing Studios (PLS) in the Philippines, have worked in conjunction to present a touring mall event themed as "Choose You Side". 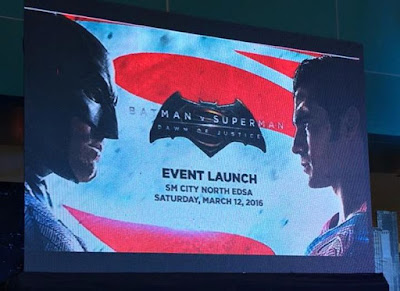 Batman vs. Superman.... Whose side are you on?

I made my choice last Saturday, March 12, 2016 as I attended the Media launch of Batman v Superman: Dawn Of Justice Launch at SM North the Block.

Guess whose side I chose... 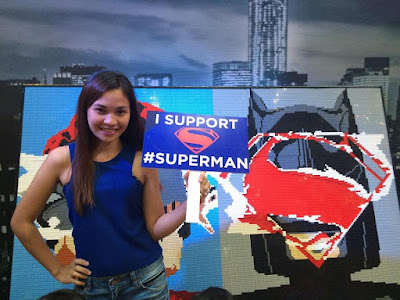 I came in wearing blue together with other #TeamSuperman and for #TeamBatman supporters wore black. 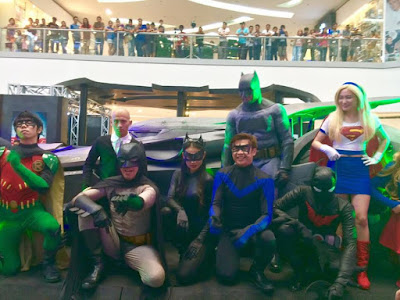 SM North The Block was impressively designed as the Dark Knight's Gotham City sitting side-by-side to the Man of Steel's Metropolis. It gives a Batman v Superman: Dawn of Justice experience walking through the amazing displays set up at the event.

During the event there was a not-to-be-missed fashion show as they also launched their collection of Batman v Superman: Dawn of Justice branded limited edition apparel and accessories in collaboration with Penshoppe ; and a collection of trendy watches from Axis by Newtrend.

Aside from the fashion show, fans of LEGO including my son Tristan enjoyed the immersive  play area set up by the LEGO group, alongside the display of their Batman v Superman: Dawn of Justice product line and an exclusively created LEGO mosaic featuring the two iconic Super Heroes. 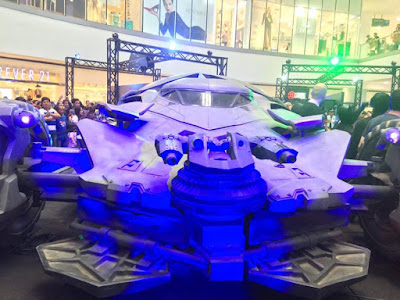 Before the event ended we were all excited as they revealed the incredibly detailed 1:1 scale replica of the Batmobile, then afterwards a lot of picture taking took place.

The event will be toured around 12 Supermalls across the country.

And the Batman v Superman: Dawn Of Justice film opens in Philippines on March 26, 2016.

Watch out for it!

at March 19, 2016
Email ThisBlogThis!Share to TwitterShare to FacebookShare to Pinterest
Labels: ShesTheMom