Top Performers of [24]7 Recognized during the LMVP Awards Night

Decent compensation, accessible, conducive working environment, compassionate employers, personal growth are some of the factors people consider when seeking for a job. In reality only a few are lucky enough to have found their dream job, others struggle and are not really happy with where they are while some don’t have a job at all. Sadly, unemployment is rampant here in the Philippines Good thing the IT-BPO prospered and it has opened opportunities to just about every Filipinos from all walks of life.

Despite the many stereotypes against the IT-BPO industry, there’s no denying that it is one of the most lucrative and fastest growing industries here in the Philippines. This industry in fact once helped me earn a living for almost 2 years in the past before I settled down, and I can say that it is not a walk in the park in contrary to what others are saying. The BPO industry recognizes their employee’s dedication and hard work with incentives, promotions and many other programs that provide personal and career growth; growth; but just like any other job you have to work hard, be persistent and passionate.

Last August 12, 2016 [24]7- a prominent IT-BPO company recognized its top performers during their 2016 LMVP awards night. LMVP stands for League of Most Valuable Performers. It’s actually a yearly recognition of their top performers from each department, but for the first time this year they held the awarding outside the company.

Awardees from their Makati and Ortigas centers gathered together at the Bay Leaf Pavilion, McKinley Hill for this exclusive event. At first, I thought the LMVP awards was for agents only, but I was wrong, it’s for all employees from agents to management positions who have exceeded expectations and have shown a great deal of dedication and hard work. Perhaps it’s one of the biggest and the grandest awarding event that I was able to witness.

Eleazar is a Team Leader Apprentice for almost a year now and has been with [24]7 for 6 years and 6 months. When asked how he got included in this year’s roster of LMVP awardees he said “Maintaining good score and outperformance that’s basically it. “

We also asked him how he handles the stereotype comments against the call center industry and he answered; “No matter what other people say, like those people in Facebook looking down on call center agents, I just don’t mind them. This job lets me pay my bills and the money that I give to my mom so why would I underestimate my job. For me it’s an honourable job, it’s a good job.”

Also, he describes [24]7 as his second home, it’s the longest company he’s been with and has no plans on leaving anytime soon.

Anna on the other hand is a Recruitment Manager and has been with [24]7 for 10 years already. She joined the company as a Recruitment Specialist and is now one of their team’s Senior Managers.

According to her being an LMVP awardee feels absolutely great. “I’ve been with the company for 10 years and i feel that year after year no matter how big the company has grown i don’t feel forgotten by the company. I feel that all the stuff that i work hard for was validated then i was rewarded for it and not just that i get to enjoy it as well seeing my team being rewarded that’s actually one of the greatest feelings in the world as a manager so i feel really honoured to be an awardee.” She added.

We also asked her to describe [24]7 in one word, she answered; “It’s family and the reason why it’s family is because i love it so much, i love the people here, that I’ve brought my own family here, my brother took his practicum here, my sister works as a facilities manager, my neighbours I refer them so they are now working for the company and you know if you like the people around you and you want them to experience what you’re experiencing, the fun, the camaraderie, and that family like environment, then of course you bring them to where you’re at right? And you want them to experience the same thing so that’s why i constantly even in the 10 years that I’ve been here i still refer people to work in [24]7 because of that family-like environment.”

She also has a message to fresh graduates and undergraduates, “a lot of young people today, i know that they are looking for something exciting to do with their lives, and the BPO industry is the most ideal place for them to do this in and that is because there’s so much to learn, there’s so much growth happening. And they can bring their lives over at [24]7 and that’s why we have the hashtag #247life because there is life within this company and we want the younger people to feel that they can THRIVE here in this company.” 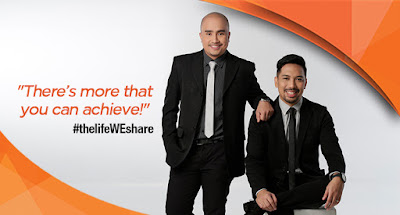 It was such an inspiring event. There’s nothing like being recognized for your hard work and seeing the smiles from these awardees I can say that they are genuinely happy where they are now. It only proves that with [24]7 work-life balance is indeed possible.
at October 25, 2016
Email ThisBlogThis!Share to TwitterShare to FacebookShare to Pinterest
Labels: Press Release