EVENT | Athena and Brianna Goes To Barbie's You Can Be Anything Day!

Back in the days, I can play freely in and outdoors unlike these days where crimes are happening left and right making me paranoid to even let my kids out. However, some things remain the same, just like the toys and games I've loved as a child and now by my kids especially my 2 girls. Yes, I'm talking about Barbie! When playing with my Barbie dolls, my imagination soars high up to the sky. I get to make my own story and pretend to be anything I want to be. No wonder why Barbie is the planet's favorite lifestyle icon when it comes to exploring different career paths not just by little girls but grown ups too!

In fact, a quick Google search will tell you that she has held over 130 careers in the span of more than 5 illustrious decades. She has been an astronaut, a surgeon, a veterinarian, an athlete, a pop star, even a presidential candidate at least 5 times. To think that doesn't yet include the hundreds of other jobs and identities that millions of creative young girls around the world have imagined and assigned to her in the comfort of their playrooms throughout the years.

This 2016, however, the tables have been turned; the spotlight is now focused on every young girl and their limitless potential with the introduction Barbie’s You Can Be Anything campaign.

Formally launched to Philippine media last April, the You Can Be Anything Campaign is both a celebration of potential and a challenge on the limits of the imagination of young girls. It is a movement to empower little ladies to pursue and live out their dreams, whatever they may be, and for the adults to encourage them on their journey. It is for these young minds to realize that whatever scene that they can conjure and choose to play out inside the four corners of their room can translate into real life; that the glass ceilings they may encounter on their later years are meant to be shattered and that the only thing standing between them and their goals is the limit of their imagination and determination.

To further extend this message, Richprime Global Inc., the exclusive distributor of Barbie in the country, in partnership with The SM Store and Toy Kingdom, turned sparks into candy-colored flames thus they set up the You Can Be Anything Day at the SM Mall of Asia Atrium last May 29, 2016. 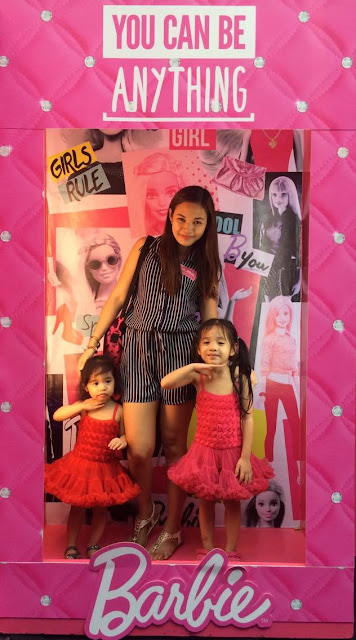 I wouldn't dare to miss this event, so last May 29 we dressed the girls up and went to SM Mall of Asia Atrium for a gateway of imagination. The venue was laden with multiple interactive booths featuring a range of professions young girls freely tried out. 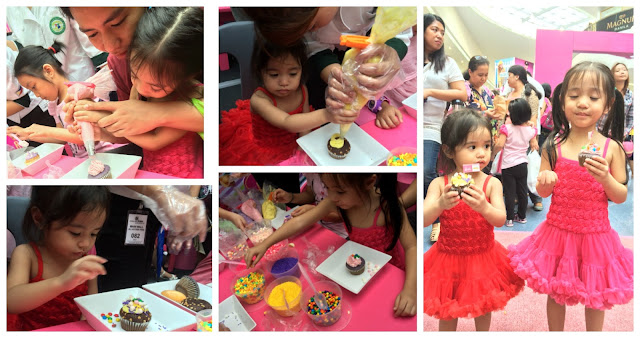 Athena and Brianna experienced creating with their hands at the Doll-icious Bakeshop, where they can design their own cupcake or cookie using the rainbow selection of frosting and toppings available. Afterwards they munched on their own creations with delight! There was also a Barbie Artsy Studio where kids can use their creativity in drawing and coloring.

For the more outgoing and expressive girls, they grabbed the opportunity to be a news anchor doing their prime time spiel at the B-TV News Room. They even got to bring home a copy of their news spiel record as a memento.

And of course, any Barbie event wouldn't be complete if there wasn't anything dedicated to beauty and fashion. The Barbie Pink Salon and Fashion Closet is present to cater to the more kikay (but still equally brilliant) bunch. 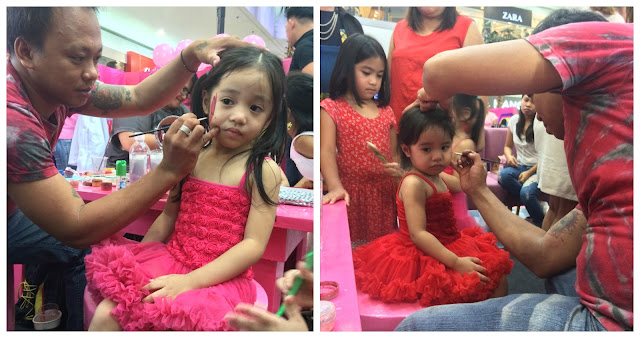 For the first time Athena and Brianna got to try face painting, they both chose butterfly! 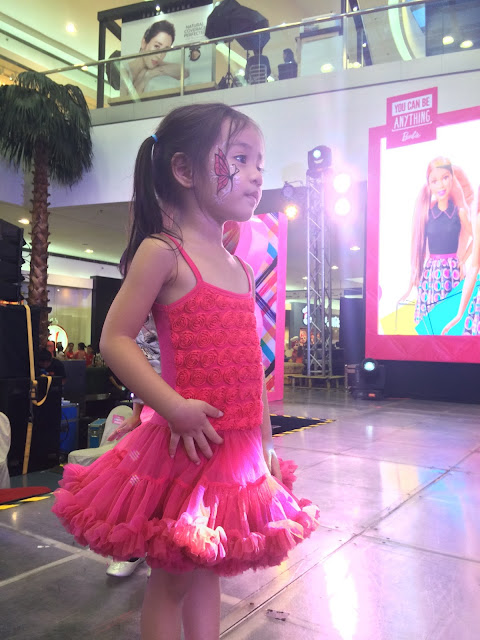 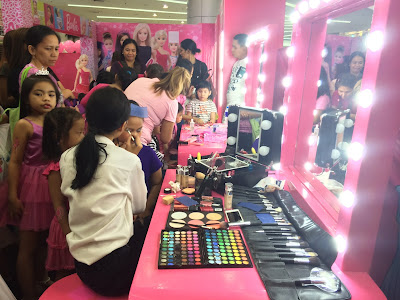 Other kids got to try wearing make up and outfits then have their photos taken. 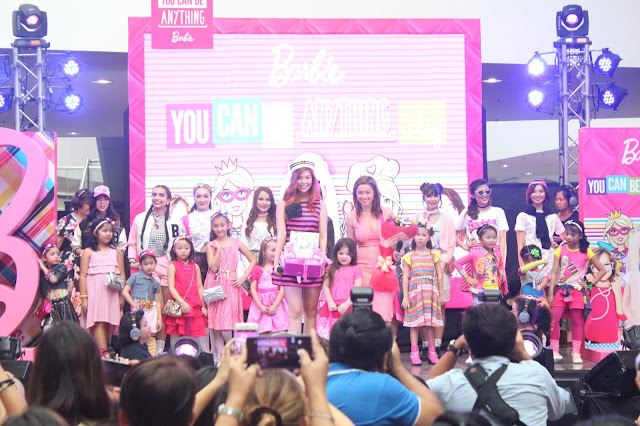 A short program and interactive fashion show serves as the cherry on top of the fun. Barbie Brand Ambassador also strut the catwalk with Barbie apparels. Andi Eigenmann and her daughter Ellie also graced the event and they tried different booths too! 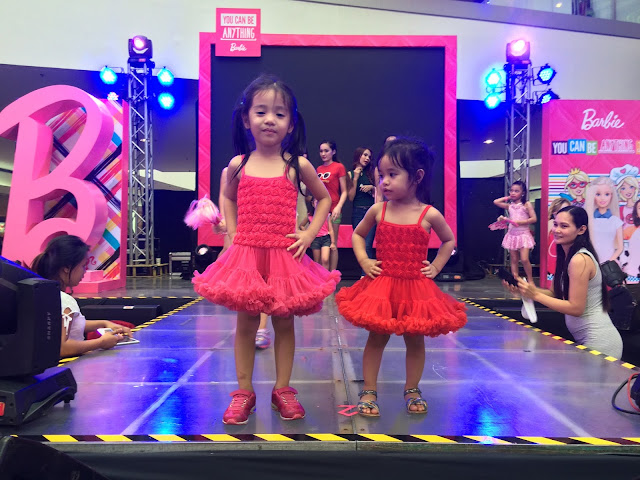 Would have loved to let this 2 join the fashion show but they are too shy. This photo was taken after the program.

"We're looking at this event as a jump-off point to young Filipina girls," explains Ms. Liza Yao, Managing Director of Richprime Global, Inc. "We want to inspire, and have them see that they can be anything they set their mind to and further beyond that, just like Barbie."

It was indeed a fun and interactive day, I'm sure everyone enjoyed it kids and adults alike! I hope kids get inspired to be like Barbie and do whatever it takes to achieve their dreams. Thanks Barbie!
at July 05, 2016
Email ThisBlogThis!Share to TwitterShare to FacebookShare to Pinterest
Labels: family