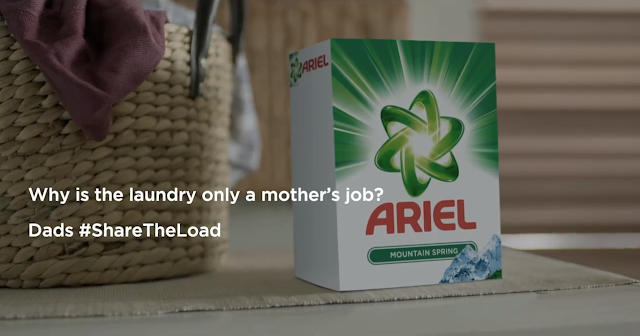 “This is one of the most powerful videos I have ever seen – showing how stereotypes hurt all of us and are passed from generation to generation. When little girls and boys play house they model their parents' behavior; this doesn’t just impact their childhood games, it shapes their long-term dreams." said Facebook CEO Sheryl Sandberg in her Facebook account, lauding #SharetheLoad, laundry brand Ariel’s campaign that challenges men worldwide to be catalysts of change in issues pertaining to gender stereotypes and patriarchal systems.

She recognized Ariel's laundry ad for encouraging men to take their share of household chores and its efforts to support female initiatives. 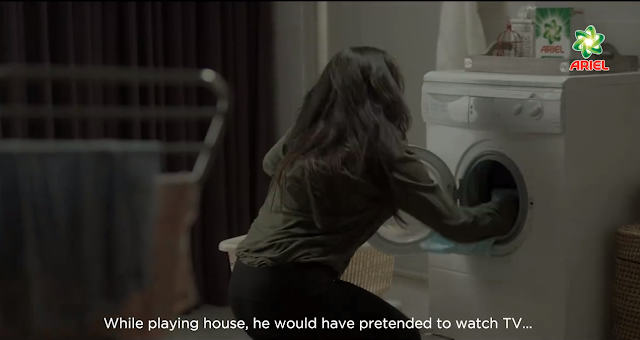 In this campaign, Ariel India, P&G, and BBDO Worldwide show how fathers and husbands can take small steps (like doing laundry) to create more equal homes. They won a at the 2015 Cannes Lions International Festival of Creativity for earlier work on this campaign. "The real win is the way they are changing stereotypes and showing that a more equal world would be a better world for all of us.” Sandberg’s post reads. 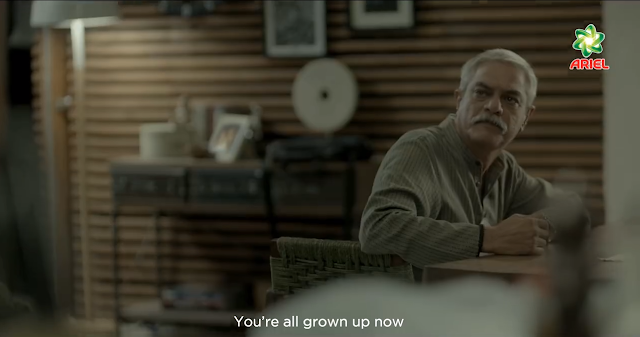 Children learn from what they see, and any inequality within their household is passed onto them. If their father never does the laundry, they are going to grow up believing it’s not ‘his’ responsibility. Those gender roles become ingrained. And, that is where the #SharetheLoad idea was hinged. 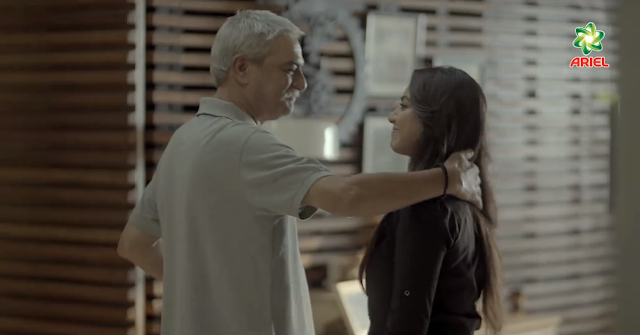 Aiming to break the stereotypes, Ariel sends out this powerful #SharetheLoad commercial that has gone viral across the world. The #SharetheLoad ad features an elderly father writing an apology to his daughter for his failure to address patriarchal roles in the home. The commercial ends with the elderly man sharing the laundry load with his wife hoping that one little change can make all the difference.

The video is indeed powerful, and I hope that through this video the idea that woman should only do the household chores should end. In our house my husband and I #SharetheLoad, it doesn't make him less of a man, personally, I think he's being more of a gentleman. In the process we learn to appreciate each others effort and understand each other even more.

Ariel also took the #SharetheLoad campaign online, initiating the discussion with the hashtag as a talking point on social media. Women celebrities chimed in, asking men if laundry is only a woman’s job, and urging women to raise the question further.

As part of this global campaign on women empowerment, Ariel furthers gender-equality initiatives in the Philippines through the #AhonPinay campaign. Launched in March 2016 in support of the Philippine Commission on Women’s (PCW) celebration of National Women’s Month, the #AhonPinay campaign focuses on uplifting women in their selected vocations. This is in line with the theme for the 2016 National Women’s Month celebration, “Kapakanan ni Juana, Isama sa Agenda,” which resonates the call for gender-balance in leadership and decision-making positions in the public and private sector, inclusion of women’s concerns in leadership platforms and the government’s development agenda, and capacitating women to reach their ambitions.

Ariel is the only fast-moving consumer goods brand actively involved in the National Women’s Day initiatives. As the brand continues to empower women, #AhonPinay will also support the Technical Education and Skills Development Authority (TESDA) – Women’s Center through a grant that will help women with their training courses. #AhonPinay will also tap various women’s advocacy groups to uplift, empower, and inspire women by raising gender equality awareness and bringing relevant issues not only in the workforce but in daily lives.

#SharetheLoad and #AhonPinay are both part of Ariel’s global women empowerment campaign, in recognition of its unique role to engage women around the world in promoting gender equality and equal opportunity.
at June 14, 2016
Email ThisBlogThis!Share to TwitterShare to FacebookShare to Pinterest
Labels: Press Release