Single/Single, the breakthrough romantic comedy series of PhilStar TV and Cinema One, is back for another run. Elevating the kilig, fun and valuable lessons for millennials. The premiere episode aired last Sunday, May 15, bringing back the wacky gang of Joee, Joey, Ranee, Benny and Tita Bianca, played Shaina Magdayao, Matteo Guidicelli, Anna Luna, Brian Sy and Cherie Gil, respectively. 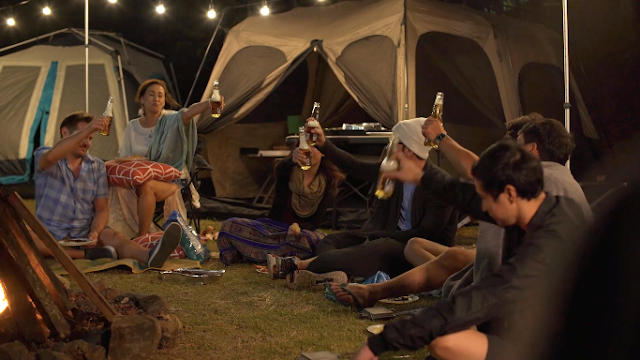 The Season 2 premiere episode picked up six months after former housemates Joee and Joey decided to go their separate ways. The friends haven’t seen each other for quite some time but there’s a reason to get together – it’s Joey’s birthday and he’s celebrating via glamping. 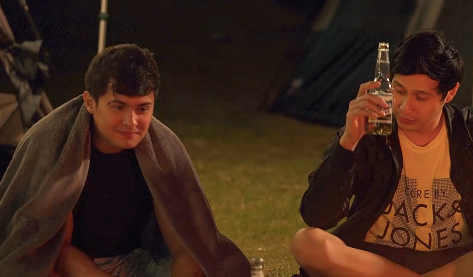 As old flames met again, hilarious catch-ups and a charade of feelings followed suit, putting Joee and Joey as well as Tita Bianca and Brandon in funny, awkward moments. More of these can be expected in the second episode of Single/Single Season 2.

Watch out if sparks will fly or completely die in the “Hugot Bonfire”. Expect to laugh and cry with the whole gang as they reveal their innermost thoughts and feelings. Will Joee and Joey, Bianca and Brandon, rekindle their romance? Will there be transferees from one tent to another?

Find out in the next episode airing on a special 8pm timeslot on May 22, Sunday on Cinema One. Succeeding episodes will revert to the original 10pm Sunday timeslot with replays every Wednesday, 8:30PM and Saturday, 9:00PM. Past episodes can also be viewed on philstartv.com one week after airing. For more updates, visit facebook.com/SingleSingleC1 and @SingleSingleC1 on Twitter and Instagram.
at May 20, 2016
Email ThisBlogThis!Share to TwitterShare to FacebookShare to Pinterest
Labels: Press Release