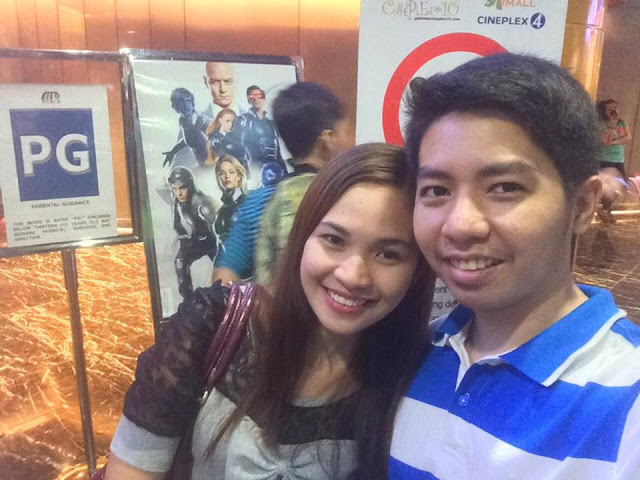 Husband and I are both fans of the X-Men movie series, we've watched all episodes and last May 17, 2016 we were among the few lucky ones who got the chance to watch the advance screening of its latest episode, the X-Men Apocalypse. Aside from the 2 tickets I got during the Press conference held last May 12, one of my posted photo on Facebook together with the Pizza Hut blowout won me 6 more tickets which I got to share with my friends. Thanks again for the treat Pizza Hut!

Pizza Hut has partnered with one of the biggest entertainment companies in the country, 20th Century Fox, for the nationwide release of X-Men: Apocalypse. This latest promotion was launched during the press conference presided by its Chief Operating Officer TH Lim together with Tony Rulloda, Marketing Director of 20th Century Fox.

With the tie up, Pizza Hut rewards fans with new flavorful, extra-large, limited edition Pizza Hut Blowout pizza and each order is packaged in one of four limited-edition collectible boxes for fans of the X-Men film saga to enjoy.

On top of all this excitement, Pizza Hut is also set to reward lucky patrons with the Xtreme Las Vegas Adventure promo. Grand prize winners of this raffle promo will go on a trip to Las Vegas, Nevada where they can live like an Egyptian God for four days and three nights in a deluxe room with private VIP poolside cabana access at the Luxor Hotel. Winners will also ride on a private helicopter above Las Vegas’ iconic pyramid featuring an incredible view of the strip, become horsemen on a guided 2-hour horseback trek into the Grand Canyon, and explore Las Vegas’ iconic Neon Graveyard after dark.


Aside from the Grand prize, a limited-edition Magneto Helmet as seen on X-Men: Apocalypse (and as seen on the photo above) will also be given away, other prizes in the promo include ten 18” Blowout Pizzas, as consolation prizes.

During the event, Raymund Nobleza, Marketing Officer-in-Charge for Pizza Hut explained that customers can join the promotion by ordering a Blowout Pizza in any Pizza Hut restaurant, filling out the receipt’s back with their contact details and signature, then dropping it at designated boxes.

at May 19, 2016
Email ThisBlogThis!Share to TwitterShare to FacebookShare to Pinterest
Labels: family