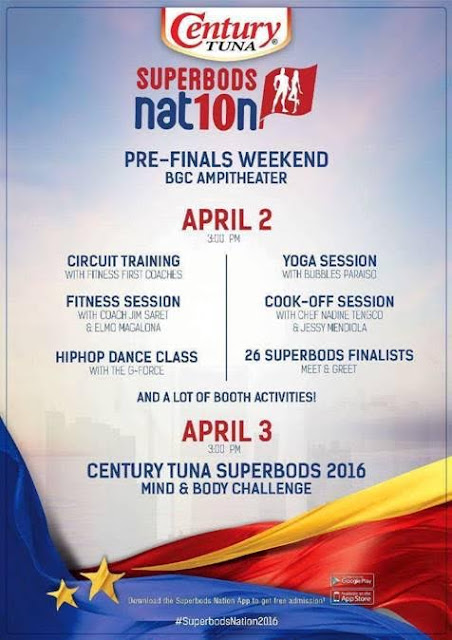 Heya there! This coming first weekend of April you get a chance to meet and greet the finalists of the Century Tuna Superbods Nation 2016 on it's Pre-Finals Weekend which is happening on April 2 and 3, 2016 at the BGC Ampitheater in Bonifacio Global City. The 26 Superbods finalists will be joined by  two of the country’s hottest young stars, Superbods Jessy Mendiola and Elmo Magalona.

The event, which is staged in the run up to the Century Tuna Superbods Nation 2016 finals night, aims to reach out and engage with consumers to encourage them to be fab and fit men and women—just like the Superbods! 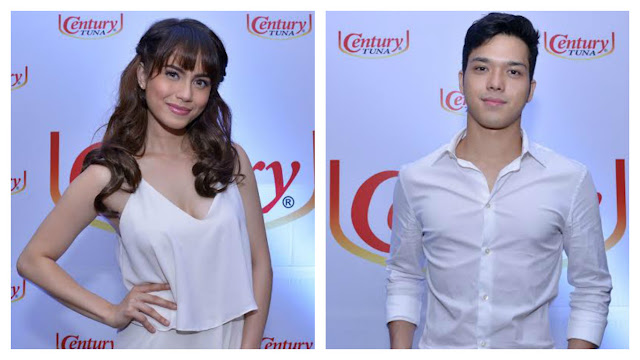 Watch out as Jessy Mendiola joins Chef Nadine Tengco in a delicious cook-out session on April 2, 2016, while Elmo Magalona joins the team of Coach Jim Saret in an intense yet fun Fitness Session also on the same day.

Other activities to look forward to is the Circuit Training Session, the Yoga session with Bubbles Paraiso, a Hip Hop dance class with the G-Force, and the meet & greet with 26 Superbods finalists.

See you all at the Century Tuna Superbods Nation 2016 Pre-Finals Weekend!
at April 01, 2016
Email ThisBlogThis!Share to TwitterShare to FacebookShare to Pinterest
Labels: Press Release