It's been almost two years since Filipino students had to stay at home and learn through the screens of their laptops or mobile phones. They had to say goodbye to their teachers, classmates, and friends in school.
Their world has abruptly changed and they had to adapt to a new learning environment that they had not experienced before. But through it all, they persevered, showing just how much they value education.
And so, selecting 10 exemplary public school students from across the country became even more special for Nestlé Philippines this 2021, which also happens to be the company’s 110th year in the country. The Batang Matibay Awards, led by BEAR BRAND Fortified in partnership with the Department of Education, recognizes students who showed astounding strength or ‘tibay’ to overcome life’s challenges – whether physical, emotional, or social – excelling not only in academics but also in making a difference in their communities.
Their stories of resilience and determination as this year’s Batang Matibay awardees will inspire and move every Filipino, regardless of their age, to keep going despite the odds.
Disability does not equate to inability 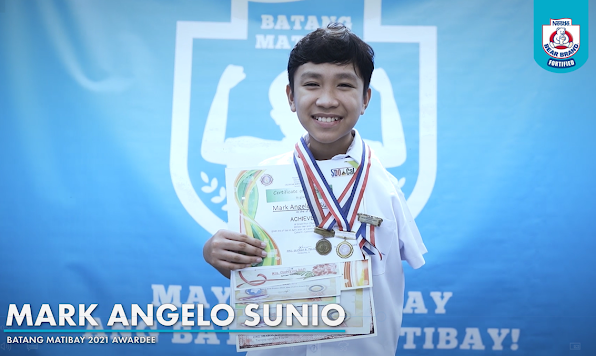 At a young age, who would have thought that Grade 5 student Mark Angelo Sunio would be battling bone cancer, let alone lose his left arm because of it. His parents have also had to work extra hard to cover the cost of his treatments. But the 11-year-old from Caloocan City was not discouraged by his condition and resulting disability. Instead, Mark had a greater drive to continue with his studies and has even become a consistent academic achiever in school.

He also continues to embrace life and help others when he can. As described by his teacher, Mark is determined to make his dream of a brighter future for his family come true, proving that no form of adversity can hinder his optimism to finish his studies and succeed in life.
Helping out in their own simple way 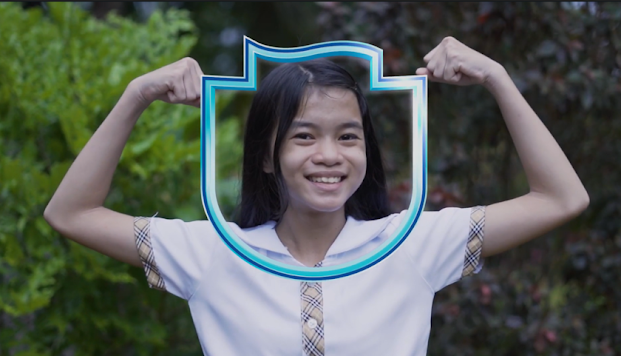 Rich Lianne Dano may only be in grade school but it has always been in her nature to help others in her community. Before the pandemic, Rich led her fellow students in a Clean &amp; Green Project to plant trees around Socorro Central Elementary School and SPED Center in Surigao del Norte, where she is studying.
When the pandemic hit, she did not think twice about setting up a donation drive for unused clothes, which were turned into facemasks and donated to frontliners on the island of Siargao.
Helping out in their community was also innate in Audrey Nicole Lorenzo. The student from Aniban Central School in Bacoor, Cavite, made and sold recycled potted plants to fund a lugaw (porridge) pantry for underprivileged children in her community.

Kudos to the ‘tibay’ generation 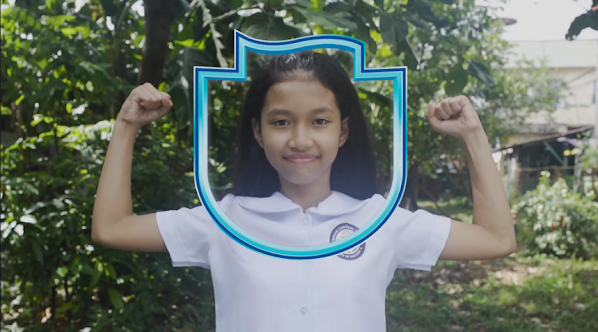 Since 2019, Nestlé Philippines and BEAR BRAND Fortified have commended 30 Filipino students for their ‘tibay’ to pursue education in spite of all the challenges they face in life.
“Our students have risen above many challenges as a result of the pandemic. This year’s Batang Matibay awardees have proven that no level of adversity can get in the way of their dreams for a better life for themselves and their families” emphasized Arlene Tan-Bantoto, Senior Vice President for Public
Affairs, Sustainability, and Communications. “As the Kasambuhay Para sa Matibay na Bukas of Filipinos children, Nestlé Philippines, and BEAR BRAND Fortified are here to help nourish, support, and guide our young generation to face and win over all kinds of challenges that may come their way.”
at December 18, 2021
Email ThisBlogThis!Share to TwitterShare to FacebookShare to Pinterest