Oh how time flies! It's the most wonderful time of the year once again. Probably by now most homes are already beautifully decorated with Christmas lights and decors with classic Christmas songs playing. The spirit of Christmas can definitely felt everywhere. 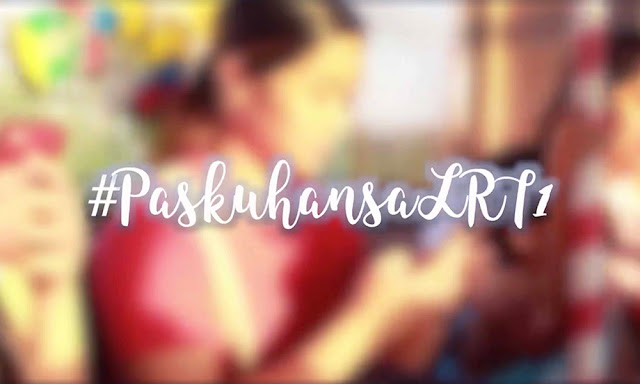 In line with the Christmas season, LRT1 rolls out its Filipino Christmas themed train to bring joy to commuters, which is expected to run until December 31, 2016. Decked out with traditional Filipino Christmas decorations that feature capiz parols, garlands, and a three-dimensional belen – or nativity scene, among other, the #PaskuhansaLRT1 train became an instant hit among LRT1 riders as it made their commute more enjoyable.

Alongside the roll out of its #PaskuhansaLRT1 train, LRT1 is also giving its commuters a chance to win PhP 5,000.00 worth of Beep Cards every week, from November 29 to December 31, 2016. All you have to do is to snap a selfie on board LRT1’s special Christmas train and post it on Facebook, with the hashtag: #PaskuhansaLRT1.

Commuters with the best selfies on board the train will be selected every Sunday noontime, during the contest period. Winners will be announced on the PAGEONE Official Facebook Page, and will be notified via their social media account. 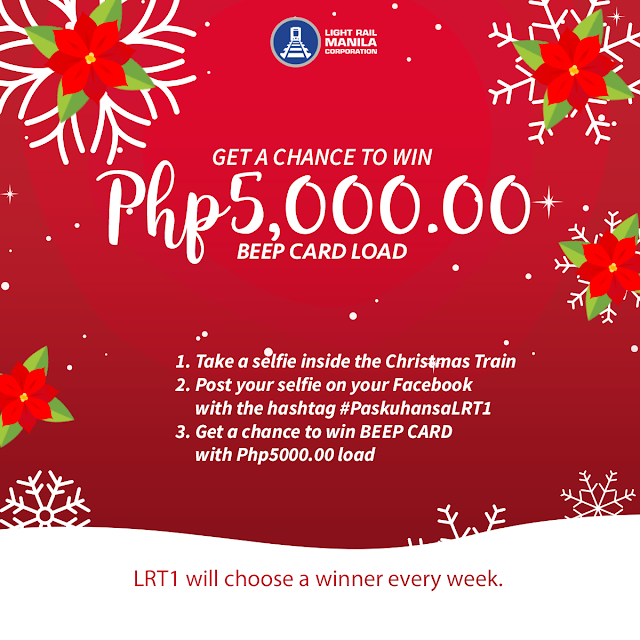 Take a peek on the LRT1's  Christmas themed train on the video below: